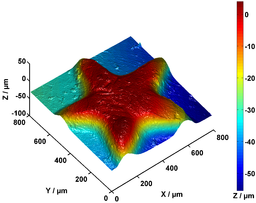 Types of Measurement Scales in Research and Statistics

The nominal or classificatory scale is the most simple scale that is used in statistics and research. This scale only identifies the variables under study into unique values. This scale does not provide numerical values to the variables. The variables are only compared on the basis of some unique characteristic descriptively. Kumar R. (2000) defines nominal scale as the classifications of individuals, objects or responses based on common or shared property or characteristics. These people, objects or responses are divided into a number of subgroups in such a way that each member of the sub-groups has a common characteristic. This scale is most commonly used to categorize ‘gender’ or other simple variables, such variables do not have numerical values. Gender can be either male or female, but you cannot assign some numerical values to gender like 100 percent male etc.

The ordinal scale has the properties of the nominal scale, but it is a little more advanced than nominal scale. It categorizes values assigned to the variables on the basis of their magnitude. Some values related to the variables will be ‘smaller’ while other will be ‘larger’ or in other cases, some values will be ‘greater’ than the other values which will be ‘lesser’. The values are arranged either in ascending or descending order, so there is an ordered relationship between the values in the scale. This scale, however, does not categorize the values on the scale in fixed intervals.