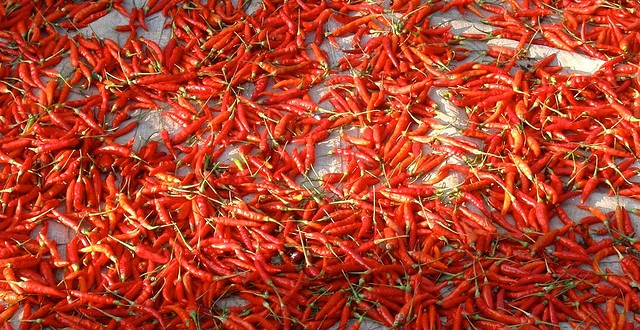 There are plenty of foods preservatives in nature and one can use according to the need.

Oil is a natural food preservative as it can be used in several foods to preserve. Oil has an ability to stop the moisture from entering the food and thus it acts as a barrier for moisture. It is a natural antioxidant that stops the process of oxidation. Oil forms a layer on the surface of the food and as the nature of the oil is oleophilic you do not need to worry about the oxidation of food. In pickling oil plays a vital role as pickles have to have a shelf life of several years.

Sugar is another very powerful naturally occurring preservative. Sugar locks the moisture in the food thus making it impossible for the food to spoil. Sugar is added in the canned foods to preserve them for long.

Salt is a natural antioxidant and it also traps the water content in the food. Salt is added in the pickled food to stop the process of spoilage in it. Many of the dried vegetables are stored after applying sufficient amount of salt. When salt is applied to apple it does not get brown even after cutting; what happens salt is an antioxidant and it stops the oxygen from reacting with the food. Oxidation does not occur if salt has been applied to food.

Vinegar and all other citric juices can be used as an antioxidant as a preservative. Vinegar has been in use since antiquity. Vinegar results from the fermentation of different food like apple, grapes or dates.

Canning is done majorly in industries rather than at home. Canning requires the use of salt or sugar to stop the process of spoilage in food. Today there are various chemicals that have replaced the natural food preservatives and most of the industries use these chemicals. Salt and sugar is still added to protect the fruit or vegetable from spoilage.

Freezing can preserve the food for varied time and it depends on the type and kind of fruit, vegetable, grains or meat that has to be preserved. Freezing does not require the use of food preservatives but sometimes preservatives are used if the purpose of freezing is to keep the food fresh for very long time.

Why You Should Avoid Fast food

We talk much about fast food and their health concerns, but very few of us …