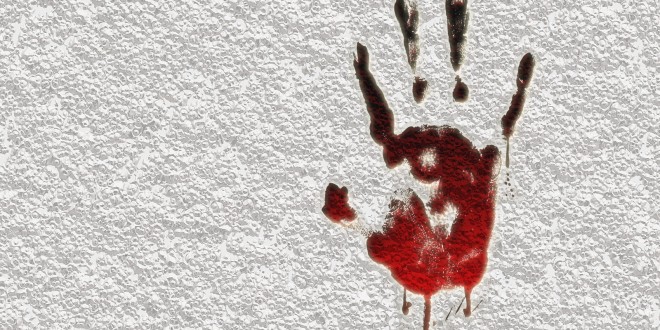 Causes and Solutions of Juvenile Delinquency

Juvenile delinquency is also known as teenage crime. It is like any crime that human beings commit but these crime differ becasue they are committed by young people. Before coming of age girls and boys have less understanding of the world. Parents, friends and teachers are all responsible along with the juvenile who commit a crime. This is why courts do not punish the teenagers like they punish the adults when they commit a crime. There are separate juvenile courts and the purpose of juvenile punishment is to help the teenager understand the importance of staying away from crimes.
There are various theories of juvenile delinquency and various researchers have reported different reasons of delinquency. Most of the delinquent teenagers belong from low social, economical or psychological background. Some of the most common  causes of juvenile delinquency are as follows.

Family is the basic socialization agency for the children. Children learn basic concepts about good and bad from their family, they make their values and set the norms of society. Family can make or break the personality of the children. In family the most important role is played by the parents and siblings. Most of the adolescents who show delinquent behavior in any form belong to families that could not give firm foundation to the children. Broken families, single parent families, separated families, frequent parents fight, lack of trust and confidence among the parents, criminal parents or psychological problems in parents can be the msot important reason behind juvenile delinquency. The other reason can be siblings rivalry or unequal treatment between children. Parents and elder siblings have the responsibility to mold the personality of the children. When parents or siblings do not show moral behavior or they commit crime children or younger siblings also get motivation t o do something bad a delinquent behavior.

Morality is the most important concen among teens today. Teens should know how to respect family and other people. They should give the due respect to everyone they know and meet. Some parents do not take care of their elders, and it is a known fact that such children who see their parents disrespecting their elders, their children never respect their parents and elder siblings.

Parenting style also matters and many researchers say that it is one of the biggest reason why teens commit crime. Parents are some time very harsh and they punish their children for small issues. Children start disrespecting their parents and they become violent.

The family should have a positive attitude towards life and towards society. Parents and elder siblings should show the children positive values, norms and standards of society in this way the children will be able to show the right behavior to the society. Family is the role model of every child and a model behavior by the parents and siblings can give motivation to the child to behave positively. Government should support families that have poor economic status so that they can improve their financial condition. Parents should also teach children the importance of respecting laws of society. Parents should tell their children the consequences of breaking laws that government has made for public safety and betterment. Parents should make sure that they observe equality of rights, justice and condemn discrimination.

Sometimes parents or family has nothing to do with the delinquent behavior of the juvenile, neither does the teachers or neighborhood have to do with the delinquent behavior of the teenager. There are sometimes personal reasons responsible for the delinquent behavior. Sometimes the adolescent faces hardship in life due to some psychological or physical problem that he is going through. A physical handicap will go through many problems in life as the society does not accept a person who does not have similar capacities and abilities that a normal person has. Society is often cruel towards a handicap and this unequal and unjust attitude of the society develops negative feelings in the person. The negative feelings make the person commit crime even if he belongs to a good family. This is a very common reason for commiting crime in adolescence. Those adolescents who are suffering from some psychological or physical problem want to take revenge from society, friends, family or peer group.
In modern society racial differences are also a very strong reason behind juvenile delinquency. Racial diffferences can cause several big crimes by the adolescents as adolescents become aggressive and they want to take revenge from the society for the unequal treatment that the society shows to them. Drug use is also a very common cause of juvenile delinquency. Those juveniles who use drugs usually get involved in criminal activities as most of their friends belong to criminal class.

Teenage boys and girls go through several social problems when they are not well socialized human beings. Some teens are very harsh and rude to talk and they cannot control their anger or aggression as it is in their nature. Most of the gender biased boys talk to the opposite sex like they are slaves and they do not respect them. Their voilence and aggression make them commit crimes that other boys will never do.

Drug use has become widespread among teenage boys and girls. Drugs use is prohibited by laws in many societies. Drug use in youth can be dangerous as they can commit voilent crimes when they take drugs.

Physical disabilities can also cause juvenile delinquency. Juveniles that are physically or mentally handicap usually want to take revenge from other people for their complexes. They want to achieve success in life using negative means.

Parents can take the responsibility of fighting against any odd that their children have in their personality. Children especially teenage children have not reached the age of maturity where they know the difference between good and bad. Their parents do know what’s good and what’s not and they should keep an eye on their children. They should know about the friends of their children and their other mates. In case of any disability parents and teachers should talk to the teens about their problems and they should try to solve their problems. From early childhood parents should ensure that their children meet people of their age and know how to behave in the society.

Peer group is a very strong force that can cause delinquent behavior in the adolescent. When friends commit crime adolescents often learn to do it and they cannot understand the consequences of the crime. Peer group rejection can aslo be the cause of juvenile delinquency. Adolescents can aslo show delinquent behavior when they cannot get similar resources as their friends have. Parents should ensure that their children are hanging out with friends who belong to their class as this will prevent adolescent jealousy which can cause several crimes in adolescents. Parents should also see that their children are going out with good friends that belong to respectable families. They should not become part of any gang.

Youth can easily become part of a gang or clicque during their age they think it appropriate to be powerful and to be part of a large group. Often strong groups and gangs are ones that are indulged in negative actions. Peer group influence can be positive and it can be negative.

Abusive behavior is the first step towards commiting crimes. When teens become part of a clicque that is abusive and that does not know how to behave the teen also get involved in negative means.

Sometimes youth do not get acceptance in any group as they do not have a strong personality and due to peer group rejection they commit crimes.

Peer group influence is very strong on teens and parents should see the friends of their children. They should create a healthy and friendly relationship with their children. In this way children feel free to share anything and everyhting with their parents.

Society itself sometimes become very negative and create difficulties for the youth. Society is a strong force in developing perosnality of the teens. Developing negative feelings from society can become a reason behind juvenile delinquency.

Labeling can destroy the personality of the youth and make the teen a criminal forever. Labeling means that society labels a teen criminal once he commits a crime, though this is his first time but due to the tagging he will percieve himself a criminal. He will repeat similar crime or other crimes in future. He will no longer feel any embarrasement in commiting crimes.